The “Let’s Try to See” campaign, carried out by Group 484 during June and July 2021, resulted in accentuating the positive aspects of migration to our country, focusing on the human potential of everyone, regardless of their country of origin.

We wanted to show that a lot depends on individuals who will not discriminate against those who are different, who will not be afraid of foreigners, and who will lend a hand to refugees and migrants and be their colleagues, neighbours, friends.

You can see some of the campaign results in the infographic below. 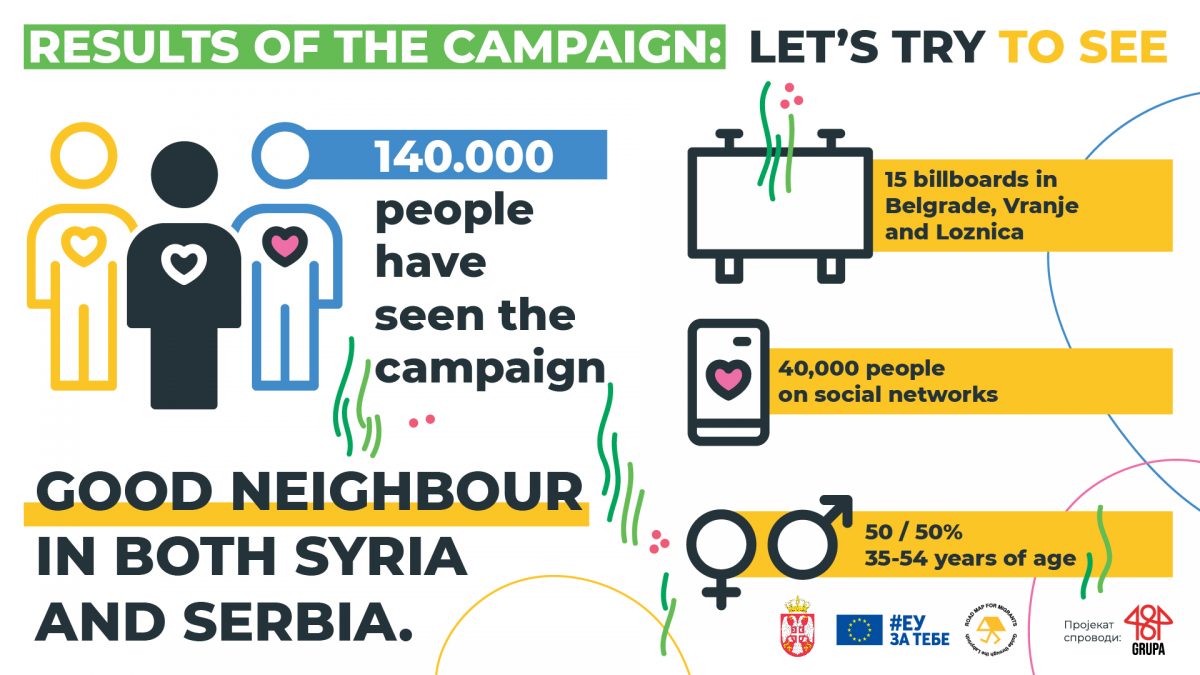 Besides the positive reactions to the campaign, soon after its start, negative connotations followed. On social networks, the campaign was a ground for outbursts of xenophobic, racist attitudes, as well as hate speech and calls for lynching of Group 484 employees. Reactions to the migration campaign are a mirror of the society we live in, the society that nurtures and encourages members of racist groups. We are of the opinion that it is necessary to condemn and sanction such attitudes and comments to create a society in which everyone is safe.