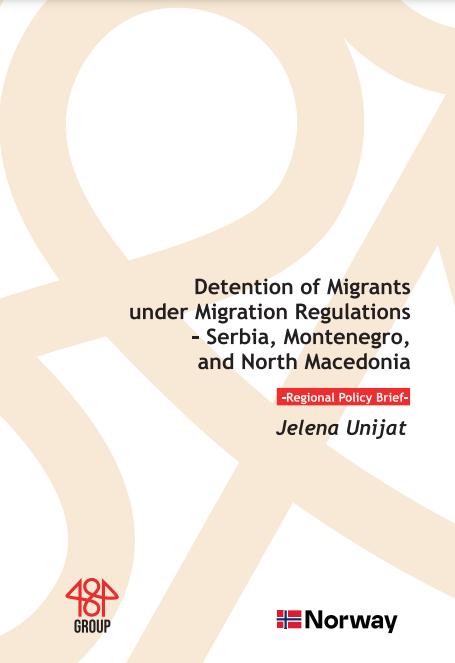 Although the so-called “Balkan route” for the movement of refugees and migrants has been formally closed since 2016, the countries of the Western Balkans are still transit countries. Despite significant restrictions and limitations on movement introduced as a result of the COVID-19pandemic, last year 41,257 migrants entered North Macedonia, 24,250 migrants entered the Republic of Serbia, and 3,149 new entries3 were registered in Montenegro. Although they generally have freedom of movement through these countries and are mostly accommodated in
open centres, for certain reasons prescribed by the laws governing the status of foreigners and the laws governing the right to asylum and international protection, migrants may be deprived of their liberty and placed in a reception centre for foreigners.